In December 2018, the Canadian government increased the maximum sentences of all DUI charges (as well as Dangerous Driving) to up to 10 years imprisonment.    While most individuals who commit DUI offences are unlikely to receive a punishment anywhere near that number (unless, of course, one is sentenced for an offence that caused death), the increase has created a situation whereby individuals who are not Canadian citizens face the risk of deportation if convicted of a DUI.

To understand how, the starting point is that, for all DUI offences, there is a minimum punishment that has to be imposed of at least a fine and a driving prohibition.  The fine entails a criminal conviction.

Now, to shift the focus to Immigration Law for a second – the Immigration and Refugee Protection Act (“IRPA”) stipulates, for example, that for Permanent Residents of Canada, they could be deemed inadmissible in Canada on the grounds of “serious criminality” if they either sentenced to over 6 months in jail for any criminal offence or are convicted of a crime that carries, as a maximum punishment, of at least 10 years in jail: s. 36(1) of the IRPA.

Without getting into any more legal detail, suffice it to say that this means that a Permanent Resident, who may have no ties to their home country, is at risk of being deported if found guilty of a DUI offence, such as Impaired Driving, Refusing a Breath Sample and Operation with Excess Blood Alcohol Concentration.  The same holds true for foreign nationals, individuals on work permits, student visas etc.

The Federal Government’s increasingly punitive stance in relation to drinking and driving in Canada may have significant implications for non-citizens.

If you are a permanent resident or otherwise have no citizenship here in Canada and are charged with a DUI, ensure you receive adequate legal advice from both a criminal and immigration lawyer, given the overlapping legal issues here.

Criminal courts have been impacted by the COVID-19 pandemic in Ontario and Canada-wide.    From criminal lawyers and Crown... read more

Cruel and Unusual Punishment – Section 12 of the Charter

Section 12 of the Charter provides that: “Everyone has the right not to be subjected to any cruel and... read more

Do you have to speak to the Police?

The general rule is that individuals who are being investigated by the police, in addition to witnesses of criminal... read more

What is a Peace Bond?

General Information A peace bond is a legal agreement (or recognizance) signed by an accused person and a judge that... read more

Coronavirus (Covid-19) and the Criminal Justice System in Ontario

At the time of writing, there are 424 confirmed Coronavirus cases in Canada — the majority of those (177)... read more

Funnelling Individuals to Duty Counsel – A Violation of the Right to Counsel Under s. 10(b)

Individuals under s. 10(b) of the Charter of Rights and Freedoms have the right to retain and instruct counsel.... read more

Conditional Sentence of Imprisonment – When Is It NOT Available?

A conditional sentence of imprisonment is a type of sentence in Canadian criminal law that is considered jail time... read more 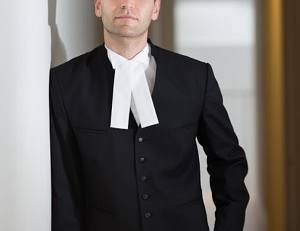 Domestic Assault Cases Toronto: A Step-By-Step Summary of How These Cases Proceed

Statements to Police: The “Voluntariness” Requirement

General Section 730 permits a judge to make a finding of guilt but not register a conviction against the offender.... read more

Criminal Court Process in Ontario During COVID-19 Pandemic – What You Need To Know May 4, 2021

Undertaking to Peace Officers – What Are They and What Legal Implications Arise? April 30, 2021
Are you a Permanent Resident Charged with a DUI in Canada? Information You Should Know April 9, 2021

Criminal Court Process in Ontario During COVID-19 Pandemic – What You Need To Know May 4, 2021

Undertaking to Peace Officers – What Are They and What Legal Implications Arise? April 30, 2021
Are you a Permanent Resident Charged with a DUI in Canada? Information You Should Know April 9, 2021