Undertaking to Peace Officers – What Are They and What Legal Implications Arise?

Criminal Lawyers are well aware of what an Undertaking to a Peace Officer is, and what legal implications they have, but not all individuals who sign them have the same appreciation of the document.  These documents carry significant legal importance and are usually one of the few things a Criminal Lawyer will review. In short, an Undertaking to a Peace Officer is a type of release that the Police place an accused.  By signing an Undertaking, the accused agrees to [...]

In December 2018, the Canadian government increased the maximum sentences of all DUI charges (as well as Dangerous Driving) to up to 10 years imprisonment.    While most individuals who commit DUI offences are unlikely to receive a punishment anywhere near that number (unless, of course, one is sentenced for an offence that caused death), the increase has created a situation whereby individuals who are not Canadian citizens face the risk of deportation if convicted of a DUI. To understand [...]

Drinking and Driving law was overhauled in December, 2018 with a variety of police powers either created or broadened.  One power that was broadened was their use of Approved Screening Devices. An Approved Screening Device (“ASD”) is a device that police use at the roadside to test for the existence of alcohol in one’s body. Typically, the device requires an individual to blow into a mouth piece which is attached to the device, expelling air from their lungs into it.  [...]

Cruel and Unusual Punishment – Section 12 of the Charter

Statements to Police: The “Voluntariness” Requirement

Prior to consulting with counsel, and even sometimes after speaking with counsel, individuals often say things to police that are incriminating.  An incriminating statement or utterance is a piece of evidence that tends to connect the statement (or utterance) maker with a criminal act.  The Crown Attorney may attempt to rely on this evidence at a trial to bolster or improve their case against the accused. The general rule is that evidence that is relevant and material is admissible at [...]

Funnelling Individuals to Duty Counsel – A Violation of the Right to Counsel Under s. 10(b)

Individuals under s. 10(b) of the Charter of Rights and Freedoms have the right to retain and instruct counsel. What happens where a detainee advises police that they wish to speak to a private lawyer, but the police, without making sufficient effort, “funnel” the detainee to Duty Counsel (who are lawyers who work for Legal Aid Ontario)?   A string of cases commencing in 2018 dealt with this issue, often finding there to be violations of individual righst under [...]

Conditional Sentence of Imprisonment – When Is It NOT Available?

A conditional sentence of imprisonment is a type of sentence in Canadian criminal law that is considered jail time that is served within a community.  It usually takes the form of a combination of house arrest and a curfew. There are several exclusionary rules regarding when a conditional sentence is not available in a particular case.  The following are a summary of these: a) The sentence imposed is two years of jail or longer; b) Serving the sentence in the community would [...]

One of the most important decisions in a criminal case is the the decision to plead guilty or not guilty.  This decision dictates a whole series of steps to follow, which can have a significant impact on one’s life and liberty.  So, what happens if a situation arises in which an individual enters a plea of guilty, then later on decides they want to change or withdraw that plea? The Law Surrounding Withdrawing a Guilty Plea The law on striking pleas [...] 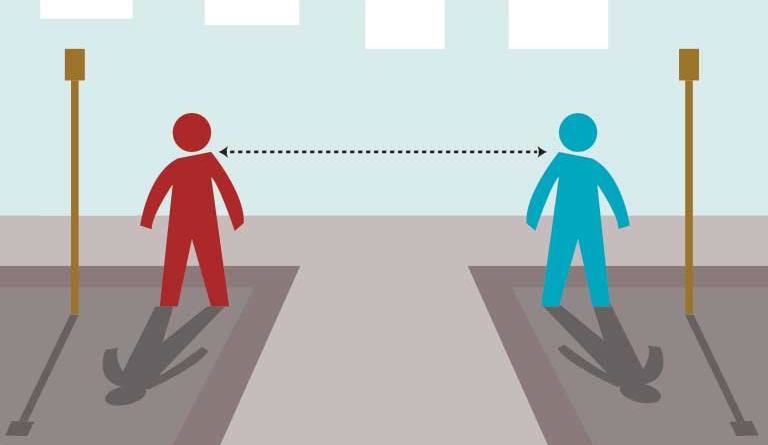 The spread of Covid-19 in Ontario has lead the provincial government, as well city officials across Ontario, to introduce regulatory laws and offences associated with “social distancing”.    These regulatory by-laws are considered Provincial Offences, rather than Criminal Charges.  However, because these laws impinge on individual liberties, as well as introduce punishments that may include fines and jail, they should be treated seriously. Offences Surrounding Social Distancing in Parks in Toronto On April 1 and 3, Mayor John Tory signed two [...]

Criminal Background Checks in Ontario – What You May Not Have Known

A very common question Criminal Lawyers are asked is “what will show up on my criminal background check”?     There are a variety of different outcomes of a criminal case.   From the entire range of outcomes, there are several that do not involve criminal convictions, including a withdrawn charge, a withdrawn charge by way of a peace bond and a Discharge (either Conditional or Absolute).  Many people often wonder whether a non-conviction outcome, like the aforementioned, will [...]

A description of the offence of Assault Causing Bodily Harm June 29, 2022
Self-Defence – A Simplified Explanation of the Defence in Canadian Criminal Law June 28, 2022
Increases in Car Thefts / Jackings in Toronto – A Criminal Law Perspective June 23, 2022

A description of the offence of Assault Causing Bodily Harm June 29, 2022
Self-Defence – A Simplified Explanation of the Defence in Canadian Criminal Law June 28, 2022
Increases in Car Thefts / Jackings in Toronto – A Criminal Law Perspective June 23, 2022